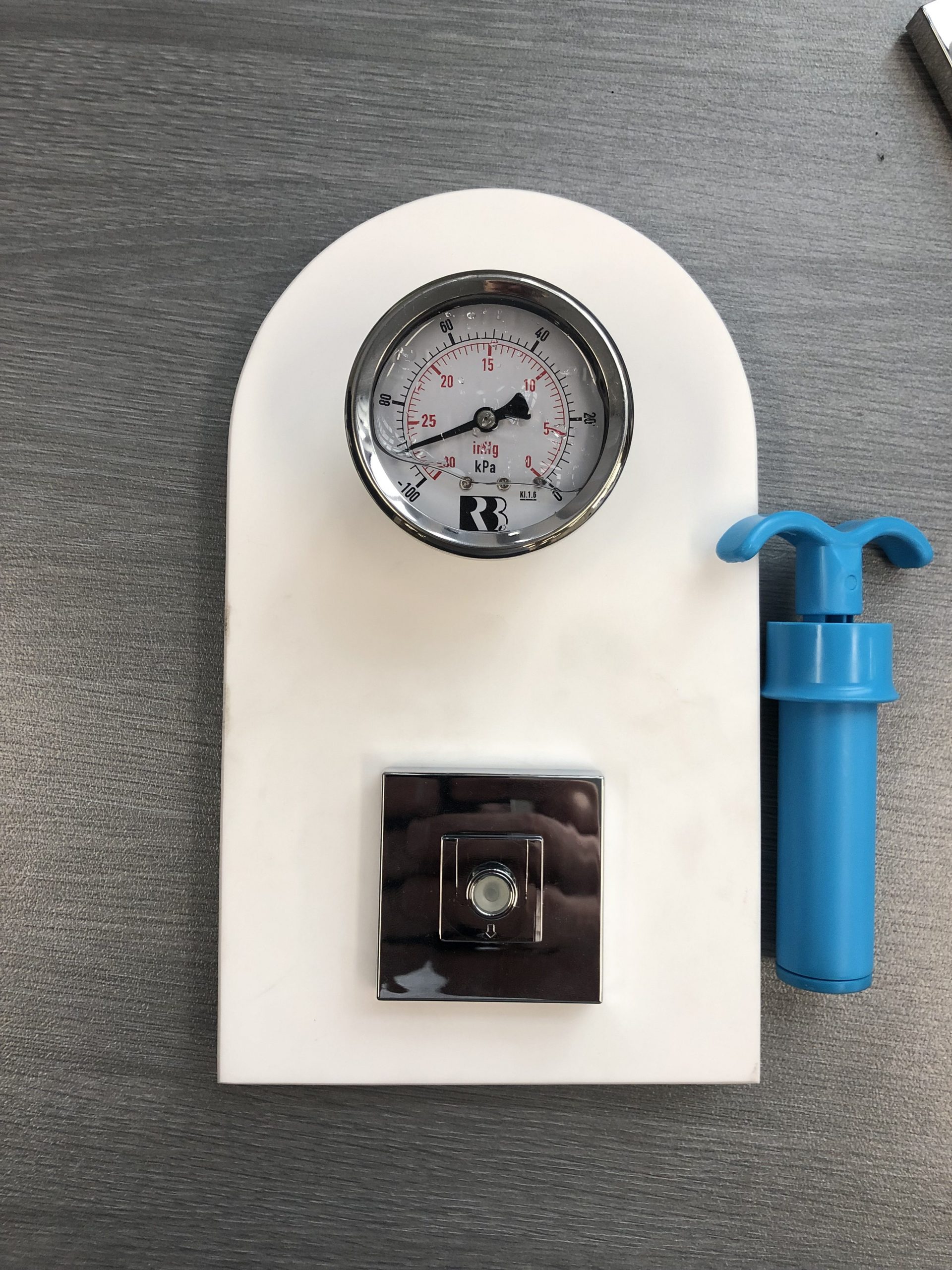 How does a suction shower caddy actually work? Are they all the same? Part 2 – Suction Cup Comparison

By: Phillip Mansfield
In: Home Decor, Uncategorized
With: 0 Comments

In my previous blog I discussed the principles behind how a suction cup works. In this blog I conduct a suction cup comparison of 4 of the most common suction cups on the market so you can determine if you are getting value for money.

There are basically three main types of suction cups on the market today. Push type, twist action and pump. Both the push and the twist action contain a round plastic disc that when first installed is flat against the wall and when you either push or twist the centre of the round disc is pulled away from the wall without the edges moving. This creates a hollow centre of low air pressure as discussed in Part 1 of this blog (click here if you haven’t read it yet) While the pump style like Fusion-Loc has an already existing hollow chamber built into the back of the suction cup and when installed the air is quick and easily pumped creating the low air pressure or negative vacuum.

To conduct the following negative vacuum tests I used a purpose built negative vacuum gauge to measure the strength of each suction cup. I also make some useful observations. 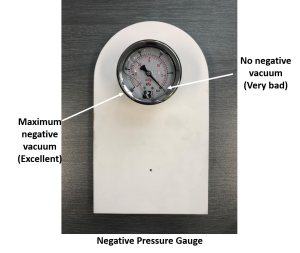 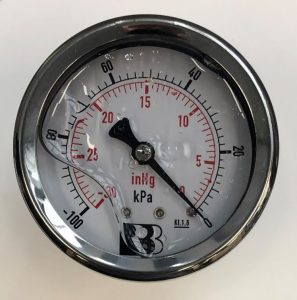 The first suction cup tested was the push type, commonly found on cheaper plastic shower caddies in the market. To install this type you press the suction cup against the wall and press the round centre piece in as far as you can. This style doesn’t create a very strong vacuum, less than 10%, which means that it will fall off quite often and won’t be able to hold much weight. The suction cup disc is quite thin and doesn’t feel very strong. 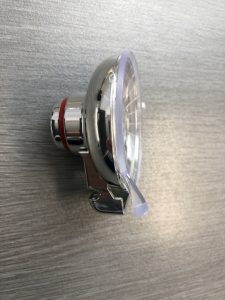 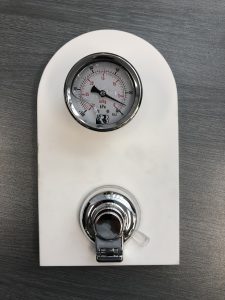 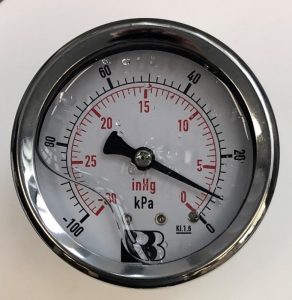 The next suction cup tested is the screw type. Mechanically this is a better style than the push type as it uses a threaded rod connected to the round suction cup which is designed to create a larger void and therefore a stronger suction however there are several screw types in the market and they each perform differently.

The first screw type that I tested is commonly found on cheap metal shower caddies usually under $10. Despite being mechanically better than the push type it performs only marginally better although it was very difficult to install and it required the caddy to be attached to the suction cup prior to installation which is very awkward and frustrating. The suction cup disc was very thin and flimsy and didn’t appear to be strong. This suction cup only generated just over 10% negative vacuum. This will also result in this shower caddy falling off the wall quite quickly and it will not be able to support much weight. 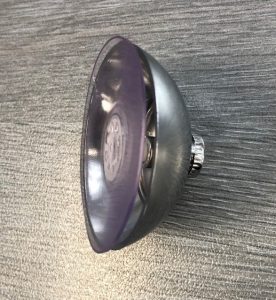 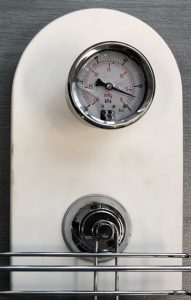 The second screw type I tested is commonly found on more expensive shower caddies compared to the previous two and has a larger plastic suction disc. It was easier to install although you do have to be strong to get the maximum suction possible so I would imagine that the installation of this style of suction cup would become very inconsistent across all different people.  I was able to achieve 38% negative vacuum which compared to the previous two suction cups is a lot stronger it would still not be able to handle a lot of weight without falling off eventually. 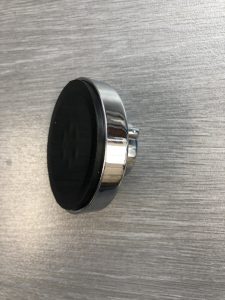 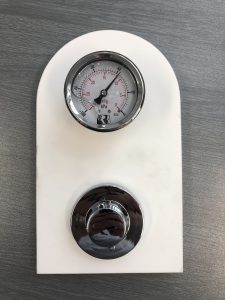 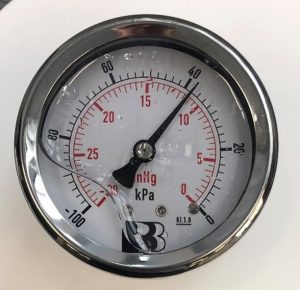 The final suction tested I tested was the Fusion-Loc pump type suction cup. This suction cup has no disc but instead has a fixed hollow chamber built into the suction cup. This alleviates the need to force a suction disc away from the wall to create the vacuum chamber. All you need to do is use the blue pump which is supplied with every product and extract the air. It is so simple that even children could use this style. I was able to achieve a massive 92% negative vacuum with just 6 pumps. The other major benefit of this Fusion-Loc suction cup is that the grey sealing rubber is very dense engineered rubber that doesn’t allow any outside air into the chamber. Combine this with the negative vacuum and this suction cup probably won’t ever fall off the wall and will be able to hold a substantial weight. 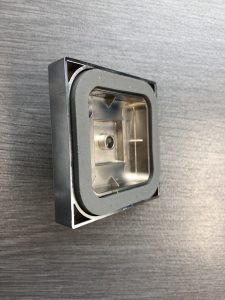 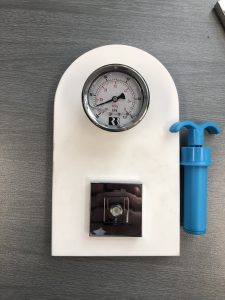 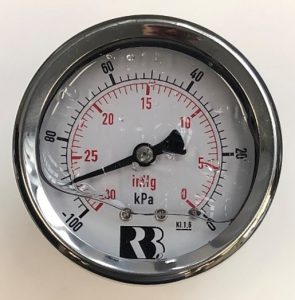 CLICK HERE to check out the market leading Fusion-loc range at your local Bunnings Warehouse.